I don’t typically take my news or cues from Buzzfeed, but this time they really made a point.  What would seem—on the surface–like a battle between the sexes that began on Facebook with a group called, “Hijab4Men” is now a campaign trying to spread awareness. 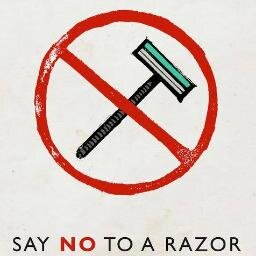 The campaign attempts to deal with:

“What would it be like if men and beards were treated like women and headscarves?
NOTE: This page is SATIRE and shows how ridiculous the analogies are.”

In ads around the Middle East, supporters of wearing the hijab for women consider it like preserving a lollipop, while they attempt to put the same standard on men to wear beards and the analogy—as you can see—don’t really work out.  In the face of controversy this group that began January 12th of 2014 has decided to use satire in order to confront the issue.

Much like my post from last week, “The Odd Girl Out,” I can honestly say that women are not seen as equal to men in society.  The culture divides them completely and that means interactions are distant and tolerant or harassing and rude.  Women who posted in the Hijab4Men Facebook group see these analogies as degrading, but through the use of satire they are able to make people aware.

Ad for women to wear hijab

Arab rap artists also display their work using social media and satire.  This past Thursday night I had the opportunity to go see a group perform and although I could not understand most of the lyrics I still was able to see the passion behind the lyrics.  A friend of mine was in Palestine over last summer conducting research on Palestinian Rap groups leading the way for a Palestinian Revolution, and through the use of social media these artists turn into revolutionaries.  This same concept can transcend to groups like Hijab4Men, where poking fun a societal quirks actually has a revolutionary voice.  For my research the question is now, what forms of social media and satirical works are Jordanian women using to have a voice?